It looks like one of your typical stunts; one of those stunts where you didn’t think first. How could you ever think that you were all alone in this situation?

“I want to live like you two,” you often said to us. And Hitty always answered: “Your time will come, Man. Work trough this phase first. When your kids have finished their study, it will be your time.”

“Ron, they called me the 50 million dollar Man! Most of it is already gone. The 1997 crisis took most of it.” This is what he told me a couple of years ago. Not aware that there was an even bigger crisis ahead.

“But you can work yourself through this phase?” I asked him that day.”Of course I can. Easily. Benz is going stronger and stronger and in about two years I will be free of any depth.” He was going to do that too. He made Benz Phuket stronger.

Then came the next crisis and people could not afford an expensive Mercedes Benz anymore. People in Phuket felt it too; first the financial crisis, then the Tsunami, which took a lot of lives but also, knocked down the business because of the fewer tourists. Then the credit crisis came. How much more can a person, who was rebuilding his business and always ready to help others, handle?

But the fun that we had together…! Partying in “No Name” where the number of empty whisky bottles could have easily replaced the bridge over the river Kwai. With the “Sea Eagle” or as you called her “The Boat with No Name” because you never wanted a name on the boat, we sailed the Andaman waters and bays at speeds up to 40 knots and let the wind blow through our hair. You stood on the fore deck as if you were on the Titanic. Arms spread-out wide and a whisky-soda in your right hand (The soda was actually an abuse to the whisky). You called me to the fore deck and we sat together while Gerrit drove the “Sea Eagle at high speed. That was fun, Man!

It was very kind of you to let us stay in your apartment for months. The next year you even let us stay on the ‘Sea Eagle’ like if it was our own yacht. We would sit together on the aft deck with the inseparable ‘Black Label’, having the best view of the marina; until deep at night, philosophizing about the facts of life, and about everything and nothing….

Before I go on I take another sip….

Yes, dear Man, whisky of course. Bought today especially for you. To say cheers on our friendship and to find the strength to write this letter.

At your house in HatYai we also did our very best to party. After the Chivas and Black Label we opened, it’s almost sacrilege, the Johnny Walker Blue Label. In the mean time we jumped in the pool, did some laps (yeah right; only in our thoughts) and crawled back ashore. You lied down on the pick-nick table en started a phone call. We all had a good laugh when I found your phone on the ground below the table, while you were still talking in your empty hand for about ten minutes. That was impressive!

We enjoyed standing next to you at your cave. Proudly, you told us that you bought some land with a cave on it. Your secret place. It was nice to be there, my dear friend. To be there at your hiding place, together listening to the rushing water. The cave was on the road to your last beautiful deed; the founding of a school for Tsunami orphans, AIDS victims and the very poor. We were honored that you took us there to see this project.

I can keep on telling about you. Maybe I will do that at a later time. Telling stories about you is absolutely worthwhile. But for the moment I will pause. I am tired. And I’m very, very sad.

I understood that you smoked about four marihuana cigarettes. Not very smart if you are depressed my friend. I was also told that you tried to pull yourself back up on the branch.  Unfortunately you lacked the strength to do that. You couldn’t correct this final error. Pierre would have said (and I am certain that he actually did say it): “Paardelul!” I have to agree with Pierre. I like to think that you, sliding of this branch, thought: “Shit… not good!” I really cannot imagine that my Buddhist brother would have taken this path being at full conscious. I like to look at it as an accident.

We had many private talks and they stay private, as promised. Many times you answered with: “Cannot Hitty, Cannot Ron!”

Man, you didn’t have an easy life. The pressure was high. You lived in Asia and ‘losing face’ is deadly as you have proved us. Phuket will never be the same. You will never serve us the spiciest Thai dishes again. Every time when we took our first bite and burned our mouth, you always said: “Hot? Really…?” and then you laughed. Your beautiful laugh.

Man, we will never hear this laugh again. Never again we will get a hug from you. From now on we have to settle with our thoughts and memories and with looking at your pictures. That is hardly enough Man. There should have been added far more years.

Hitty, Ish, Gerrit, Pierre and I salute you. 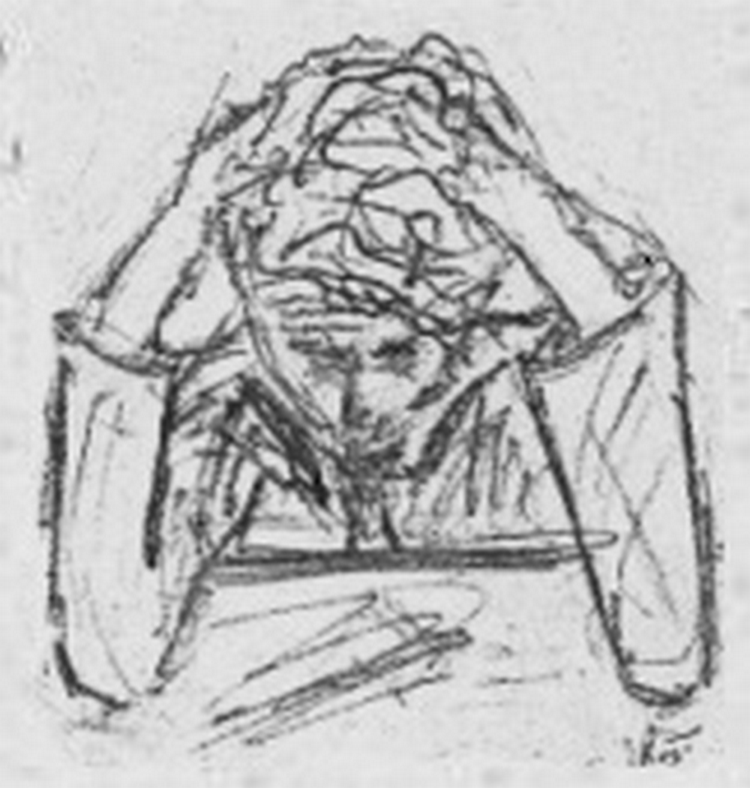